One of the objectives for Drum Cemetery Voluntary Group (DCVG) was to create an online database to record the graves in Drum middle & new cemetery. This would allow people to trace their loved ones from anywhere in the world. The following information is how members of DCVG achieved this aim.

Drum cemetery is divided into three graveyards: the old or Heritage graveyard, the middle graveyard and the new graveyard, which recently was extended in 2010. The old graveyard was closed in 1932 by order of the Roscommon County Registrar Dr. Edward McManus a native of Ardnanure, due to over crowding and for health reasons. It had been used as a burial ground for over 230 years. There were fifty eight exemptions made after the closure to allow people be buried in their family plots in the old graveyard. The last recorded burial was of Michael Watson, Curraghaleen. He died on the 1st of April 1955 aged 84. He was interred by Fr. Tully, Drum Presbytery.

A new two acre field was acquired from local farmer Michael John O’Connell, Kilmacormack. The field was known locally as “Gort a’ Teampaill” which translates as “The tillage field of the Church”. This field is now known as the Middle graveyard. It was opened in 1933. The boundary wall was built by Cunninghams from Kiltoom who later erected Ardkeenan NS which was opened in 1935. Records show that the priest of Drum at the time was Rev. P Gillooly. There are no death records to be found from 1933 until April 1947.

There are 466 plots recorded in the middle graveyard with over 1500 people buried there. It covers 46 villages/townlands in the parishes of Drum and St. Peter’s. The most common surname in the graveyard is McManus, followed closely by Lennon.

The first person to be buried in the middle graveyard, according to local knowledge, was Patrick Connaughton (plot no. 200), son of James & Mary (née Naughton) of Connaught St., Athlone where the family ran a pub and eating house on their premises. He died on the 20th November 1933 aged 4 years. The original headstone still stands, hand made using concrete.

The oldest men and women buried to date, based on the inscriptions on the headstones, are:

Many priests and nuns are mentioned on the headstones though most of them are interred elsewhere. There is actually only one priest and one nun buried in the middle graveyard:

The only triplets recorded to be born in the local area at that time were to Patrick and Elizabeth Halligan, Crannagh Beg – two girls and one boy. Sadly, the boy named Brian died on the 24th November 1951 aged 1 year. He is buried in plot 250.

The oldest wreath located in the middle graveyard is over 70 years old. The flowers were made of porcelain china. It still remains in good condition with the writing still legible.

The convent plot is the last row of the graveyard facing St. Brigid’s Well. This area was set aside to bury any girls who died while in care of Summerhill Orphanage. Here are the names of the girls who died since 1933:

The last two girls were orphans who remained on as workers in the convent until their death.

At the end of the graveyard is an area known as the “Strangers Plot”, which was set aside for people who died having come to the area looking for work on farms. Some of them were buried with the family they worked for.

There were a lot of unidentified graves. DCVG set about trying to identify them. This was successful due a combination of factors: local knowledge; the death registrar; talking to the people who visited the graveyard and knew who was buried beside their plot; people who dug graves and remembered where it was. We visited many homes seeking information and came away with far more than we were looking for. Families and friends are delighted to have found their loved ones grave and more details of who is buried there. For this reason alone our project was rewarding.

The middle graveyard was mapped, inscriptions on headstones were recorded and pictures of all the headstones and graves were taken. In May 2011, a large detailed map of the graves was erected in the middle graveyard. It shows the plot number of the grave, the surname of the family and the village/townland from where they came. The list is in alphabetical order, and a copy of the map can also be found on this website.

Our work is ongoing. We would love to be able to identify the resting place of everybody buried in the cemetery and hopefully some day we will! If anybody has any information, no matter how small, or if you have any comments about this project, please contact us – we would love to hear from you. This project is being carried out by a voluntary group and if there are any errors or incorrect information, we would be happy to amend them with the right details.

We would like to thank everyone who helped us in any way on this project. Thank you to Fr. Ray Milton for your help and encouragement and good luck in your new parish. We are very grateful to Aidan McEvilly for his expertise in technology and his vision for this website. Without him, there would be no website.

We hope your visit to our database is a pleasant one, bringing your loved ones closer especially to those of you in foreign lands.

May all who are buried here rest in peace. 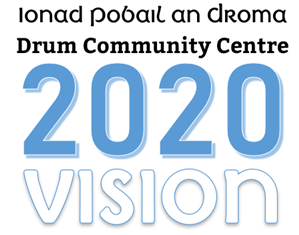